In the movie Pay It Forward a fictional social studies teacher gives an assignment to his junior high class to think of an idea to change the world for the better. Then put it in action. 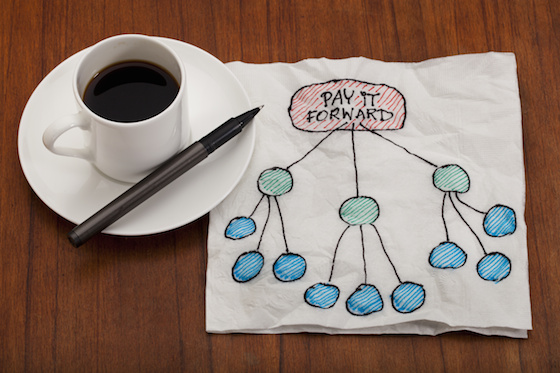 One student passionately contrives a plan of paying forward good deeds for 3 other people. Choose the people do the good deeds. The story unfolds his actions which not only affects the life of his struggling single mother, but also starts a wave of human kindness that grows into a national movement to change the world.

A feel good movie that stirs in everyone who watches it the good intentions to put the concept into practice. It’s exciting to think that a small act on our part can have big and far reaching impact. But for many that intention just fizzles – it gets parked along with the other “someday” to-dos. That’s how it used to be for me. But I’ve learned something.